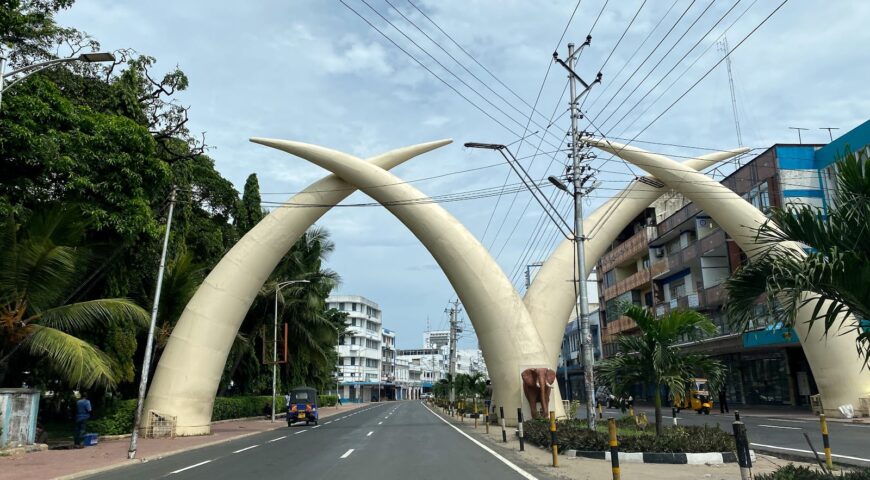 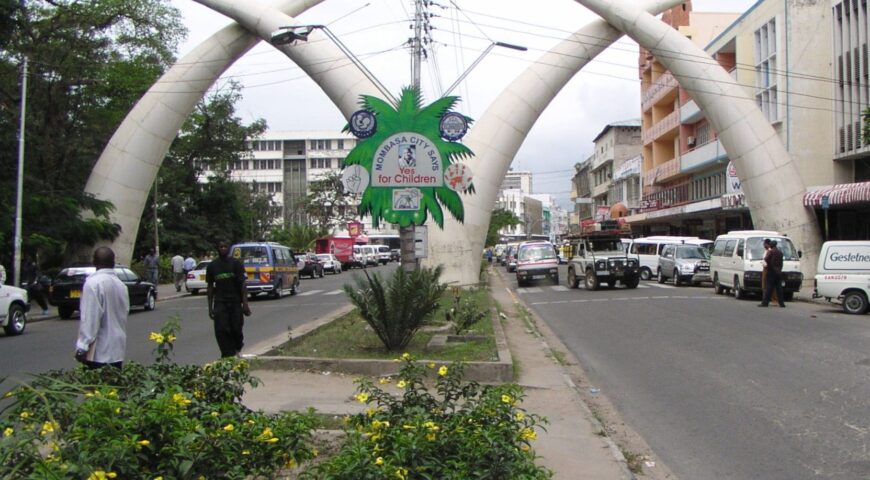 A visit to Kenya is never complete without visiting the iconic Mombasa tusks, which have been in existence for over six decades now. For those who have never been in Mombasa City, you’re probably wondering what Mombasa Tusks are. Well, in simple terms, Mombasa Tusks are the City’s symbol. They are situated on Moi Avenue, which was formerly known as Kilindini Road. The tusks connect to Mombasa port. For a long time, the tusks have become a magnet to many travelers. Both local and international tourists can’t seem to get enough of them, particularly in photos.

Mombasa Tusks is one of the landmarks the City is proud to won as it’s steeped in rich history. The famous attraction site was established in 1952 to honor Queen Elizabeth’s visit to the City. Initially, the tusks were made of wood as they were only meant to be a short-term decoration. The two wooden artifacts resembled elephant tusks and were used to document the Kenyan culture. Nonetheless, with time, the site took a life of its own, and relevant authorities made plans to save the now prominent iconic tasks from rain destruction.

In 1956, the municipal council decided to recast the tasks to preserve them and protect them from adverse weather conditions. Today, Mombasa tusks are made of aluminium material, which has helped them become a permanent symbol in the country. The attraction site overlooks the central artery of Mombasa City, and it encompasses four elephant tusks with a white color reminiscent of ivory. Besides, the landmark has attained a new and spectacular look with an additional model elephant in the middle. For this reason, the site remains one of the monuments in the country that attracts thousands of visitors across the globe.

Mombasa tusks are a unique place to visit while in the City. For photo lovers, this is the one place in Kenya; you don’t want to miss. It’s quick and free of charge climax spot, which is worth visiting for a class photo-shoot, especially now that the tusks have been modified. It’s the most magnificent part of the City that you need to see to appreciate. As you start planning your vacation, make sure Mombasa Tusks are on your list.